How a closed quantum system reaches thermal equilibrium is a fundamental question in statistical physics . Recent work has uncovered surprising richness in the thermalization dynamics, suggesting a new classification of quantum many-body systems into distinct “dynamical phases”. On one end of the spectrum there are many-body localized states, which fail to thermalize and can retain accessible quantum correlations indefinitely. On the other end of the spectrum there are maximally chaotic systems, which saturate a quantum bound on how fast a system can scramble information. There are indication for other classes of quantum dynamics that reside between these two extremes. The theoretical developments highlight the need to develop new experimental and computational tools that will allow to investigate these phenomena quantitatively. In the first part of the talk I will review progress made in understanding the many-body localized phase and phase transition theoretically and using experiments with ultra-cold atoms. In the second part I will introduce a novel approach for computing the time evolution of quantum many-body systems, which allows to captures both the emergence of chaos and the emergent hydrodynamic behavior at long times. 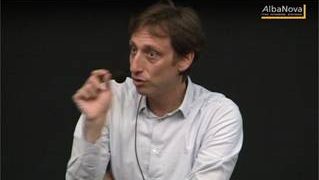